Why You Shouldn’t Get Drunk Before Having Sex 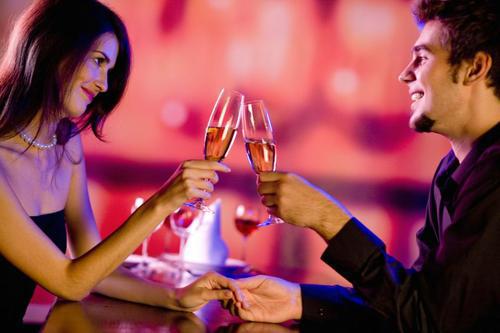 When men go on first dates, they get excited not only by the opportunity to meet a hot woman and hopefully have sex with her, but they’re also happy that they’ll be drinking throughout the night. Drinking is a fun thing to do, after all, and it’s traditionally done in significant volume on first dates. While we of course recommend having a strong drink or two (or four, or six), we equally advise that you quickly learn your drinking limits, and don’t drink past them. It’s great to be tipsy, but getting drunk of a first date is the last thing you want to do.

We all know this from experience, of course, but it needs to be stated. Drinking highly increases your chances of acting foolish. Of course, being a man, your inherent potential for foolishness is at a constant breaking point, and getting drunk does all but invite your inherent fool to come out and play. There are times and places that you could let that fool out, and a first booty call date is not one of those places or times. Your first date, whether it’s a booty call or not, should be featuring you at your absolute best and most civil. A woman may be into the idea of having a wild night with you in the privacy of your apartment, but that definitely does not imply that she’s looking for a crazy time with the drunken fool at the bar.

Alcohol can ruin a one night stand

A one night stand generated from an online hookup site is a beautiful thing, and it should not be put to the mercy of drunken foolishness. If you’ve met a woman on an adult hookup network, and the sex chat has gone well and you are even hitting it off on the first date, you are well on your way to experiencing a sultry one night stand. However, if a wild card comes into play at some point during the night, perhaps in the form of your blackout drunkenness, then your chances of getting laid are significantly decreased. A first date initiated from an online encounter is an inherently modern, beautiful thing, and it should not risk being destroyed by three or four beers too many. Be a good man; take your alcohol, and show your lady a proper time.

Erectile dysfunction is a thing

Let’s not forget about ED: erectile dysfunction. One of the main causes of this unfortunate circumstance is an over-intake of alcohol. All men have experienced the adverse effects that a great amount of whisky could have on our private parts. Suffice to say that drinking too much alcohol leaves us in a not-so impressive state downstairs. For sex to function properly, a man needs a proper, reliable erection, and drinking a lot of alcohol could get in the way of that. Sure, getting really drunk with a new hot friend sounds fun by itself, but how fun will it be at the end of the night when your junk doesn’t work? Make good choices for current you and future you; drink in moderation, and have some healthy sex later on.

Screwing up is never fun

Of course, you already told all your friends that you’ll be going on this date, and you definitely don’t want to report the news that you screwed up. No one does. Screwing up is never fun, for either party involved. Your date came to meet you and build some sort of bond with you, and you made that impossible thanks to your drinking. You screwed yourself and you screwed her, by drinking too much and making it impossible to screw her. The best you can do this case is to take it like a man, and not make the same mistake next time.

Thinking of having sex? Don’t get drunk

Getting drunk is a jolly good time, but that doesn’t mean that you have to be drunk every night, or even during every date. Having a few beers and getting a little tipsy is a great idea for a first date, since alcohol has an uncanny ability of pulling apart the invisible walls between people. However, if you over-do it and drink too much, you’ll find the walls to be crashing down on you; you’ll go home alone and wake up with a crazy headache. Just don’t have too much of a good thing.

4 Different Ways To Hook Up In Edmonton

4 Dating Tactics On Getting Her Kinky Side Out